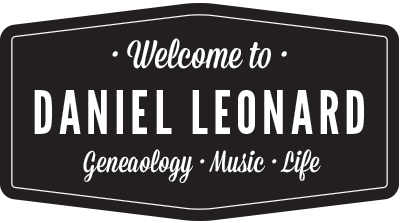 Born in Los Angeles California on April 7th 1948 as; Daniel Arthur Leonard, Arthur was a name chosen because as I was told, for 5 generations an “A” was always used as the middle initial. My father being Daniel (4th) Avelardo, who was born in Los Angeles in May 29th, 1922 and his father’s name being Daniel (3rd) Augustine, born in Mexico August 27th 1895. And his father being Daniel (2nd) Arthur (I believe), was born possibly in Virginia in 1846, and finally, Daniel the 1st, also presumably born somewhere in Virginia around 1802. 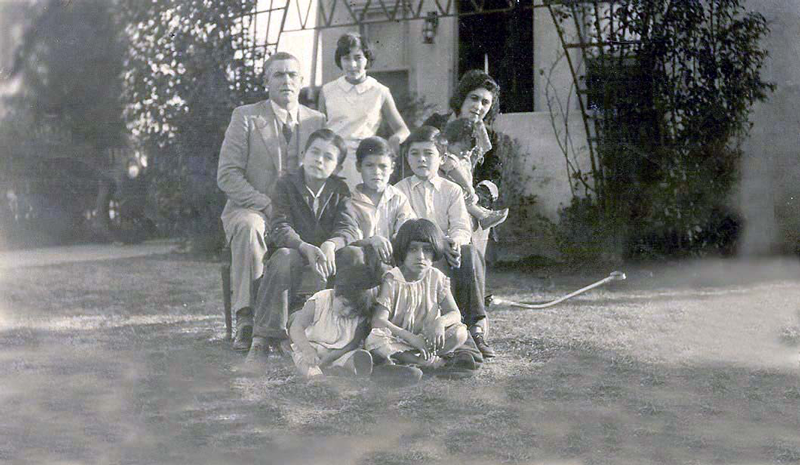 My grandfather Mr. Leonard (the3rd) and my grandmother Herminia Caballero (Minnie) This photo was taken at 1829 Blake Avenue

Grandpa Leonard (Daniel the 4th) died only months before I was born. October of 1947. From what my father had always said of him, he was a rough man who disciplined his kids like a regiment of soldiers. Dad said that all the kids admitted that they couldn’t love him because he was so incredibly stern. His house in Pico Rivera is still there with Aunt Patsy was the last to be living in it. Grandpa Leonard used to lease the area by the river close to the house from the government. Among other things He built a small apartment, a stage for my grandmother to perform on and a hotdog stand. This was during the war and the boys were in Europe. Incidents that my father had told me about Grandpa were that used to set up a boxing ring and promoted fights. He also mentioned that he even had a candidate for governor once did a radio broadcast from there. Rancho Don Daniel as they called it, must have been some kind of place. The missing piece was that unfortunately Daniel and Herminia never actually lived together there. 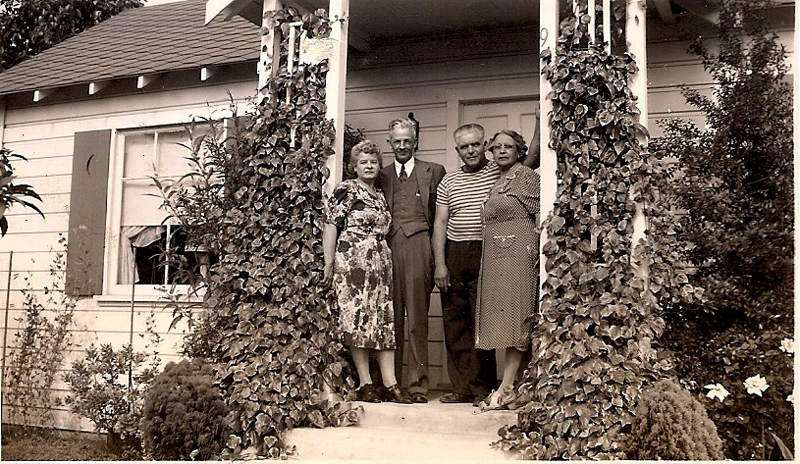 When I was a kid I used to work at a place called Streamland Park which was a full time carnival in between the river and my Grandfather’s house. Working part time after school running the merry-go-round or the mini rollercoaster with a friend from school sometimes we would go into the midget’s tent and talk to the little people. They were really fun and would sometimes give us a ride home. I remember looking down at the pedals of the car. They had wooden blocks attached to them so they would reach their short legs. There were two couples of husband and wife and one, Billy Barty, ended up becoming very famous playing in the movies.

My grandmother Herminia was an excellent pianist and lived many years after Grandpa had died. My dad used to say that she was known to read and play so well that she could go on stage or radio with an orchestra for the first time with no rehearsals. I remember being in her living room and listening to her. She had such a flamboyant style and would really spread out her playing over the entire keyboard.

And then there was Daniel the 4th, my dad. He was the caretaker of the siblings. His two brothers Robert t and especially Carl were constantly getting into trouble. They would go to the bars and purposely start fights just for the fun of it. My uncle Robert was the second oldest of the boys and when I was a kid, he lived on Rosemead Blvd in Pico in a small house littered with old cars and trucks and a mean dog chained to the middle of the yard. He and my dad had a trucking company for a while. They called it ACE trucking and used to do short hauls around L.A. and the surrounding counties. Every once in a while Dad would take me and my brother Greg on a “run to Berdo”. We would always stop at one particular ice cream shop on the way back and all have Banana splits. Christmas was a great time when they owned the company because they would have boxes and boxes of what they called ‘unclaimed merchandise’ which just happened to be all toys. Uncle Robert was in his forties when he died. He had both diabetes and acute high blood pressure both of which he refused to check on which led to his early demise. I remember him as a fun loving guy. He always seemed to be having a good time. 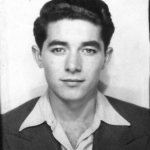 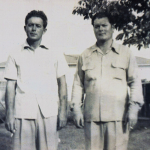 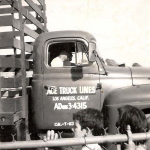 Carl Leonard was the oldest of the boys and was always in trouble and always high. He got hooked on everything from alcohol to heroin and brought his addiction home while living with his brother Robert. When Uncle Carl died, he was on route from the Men’s Colony (a correctional center in Central California) to Chino Prison at the request of several of my cousins who were incarcerated there. My dad and I visited him at the Men’s Colony just before he died. His jaundiced eyes squinted into a smile. “I know why you guys are here”, he said. “I’m dying and you’re here to see me for the last time.” He didn’t seem to care too much that he was dying. Maybe he thought he didn’t have much of a life at that point anyway. Uncle Robert on the other hand had twelve children all together. Robert married Margaret Rodriguez in Carlsbad New Mexico in 1942 while he was on leave. Dad also had five sisters. 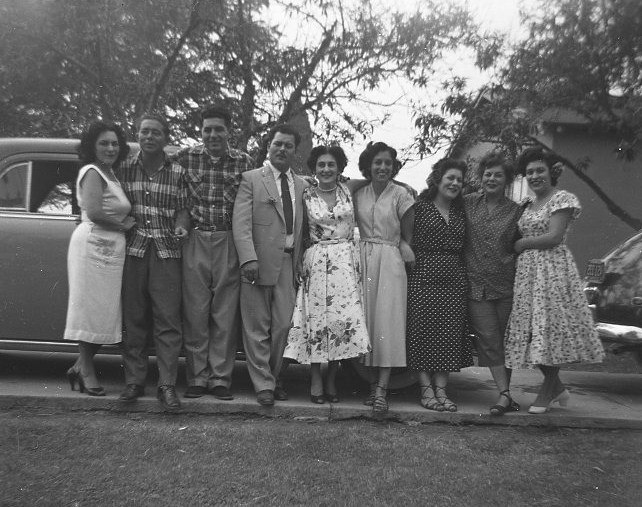 There was Gloria who married twice with five children from her first marriage to Frank Perez. There was Lucy with three children from her first marriage. Hilda the second oldest never married or had children. Patsy had one child and both Patsy and Hilda spent most all of their lives living in the house on Durfee in Pico. Alice was the oldest of the sisters. She originally married Gilbert Larez who she had four children with and then one with each of her three following marriages. Sleeping over at Aunt Alice’s was always fun. Her sons Daniel and Carl could mesmerize us with drawings of all the superheroes of the comics all with incredible accuracy. Sometimes we would all go down to the back house and play hospital. With beds and sheets and several rooms to play in we could set up elaborate systems including everything from diagnosis to an operating room. 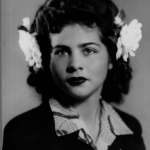 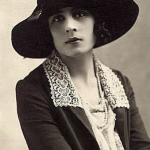 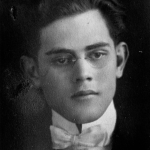 My Mother’s side: My Mom, was Thelma Marina Leonard Garcia . Born in Los Angeles, On September 10th, 1925, her mother was Maria de Los Angeles Pallares. . Garcia came from her fathers, mother’s maiden name and because no one could pronounce his real name; Honorio Llamas, he called himself Harry Garcia. Although he was educated and from a well to do family in Mexico, it was a simple life he was after. When he first got here, he went to work for a laundry service a friend from Autlan owned in Los Angeles. After that, he drove truck for his future brother in law picking up old clothing for resale. He eventually settled in a Job at Hoffman’s candy factory in Los Angeles and spent many years working there. He had planned to go back to Mexico when he retired, to go live with his brother Jaime and to get away from his current wife Velia, who had a hoarse nagging voice that drove us all mad. His younger brother Jaime had stayed with the family in Autlan, going to seminary school and acquiring a fine education. Jaime went on to become treasurer of the state of Jalisco. Uncle Jaime was an extraordinary man who accomplished many good things for all the people who ever came in contact with him. We used to visit him once a year in his adobe compound in the suburb. His house was three lots that reached the street of the next block. It was reportedly 350 hundred years old. Anyway, Grandpa was supposedly en route to Mexico when a blood clot in his head from a recent work injury developed, burst, and he died. 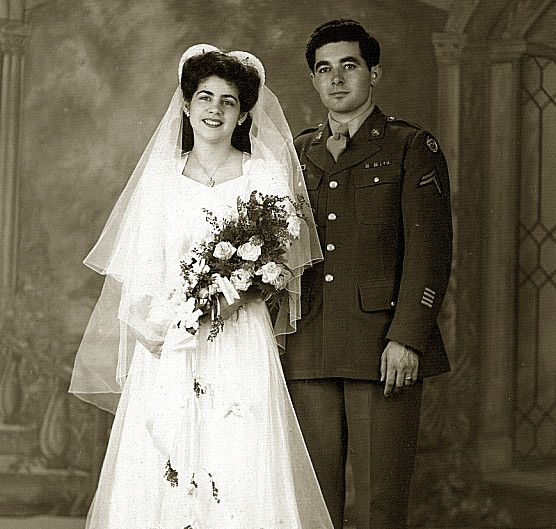 Mom was a beautiful angel of a woman. She had more class than the rest of us put together. She wanted to be a ballerina when she was younger and we have wonderful photos of her in a ballerina outfit as she poses beside the house on Solano. She would work from time to time while we were young. We used to hate to see her go to work in the mornings and my brother and I would sit at the front window crying while she sped off to work, Dad already being off to work hours before. We used to hate the fact that we would have to be home all day with Auntie Gracie. Auntie Gracie used to seem so mean at times but I’ve since come to the conclusion that two rambunctious boys such as my brother and I were would’ve driven just about anyone nuts.